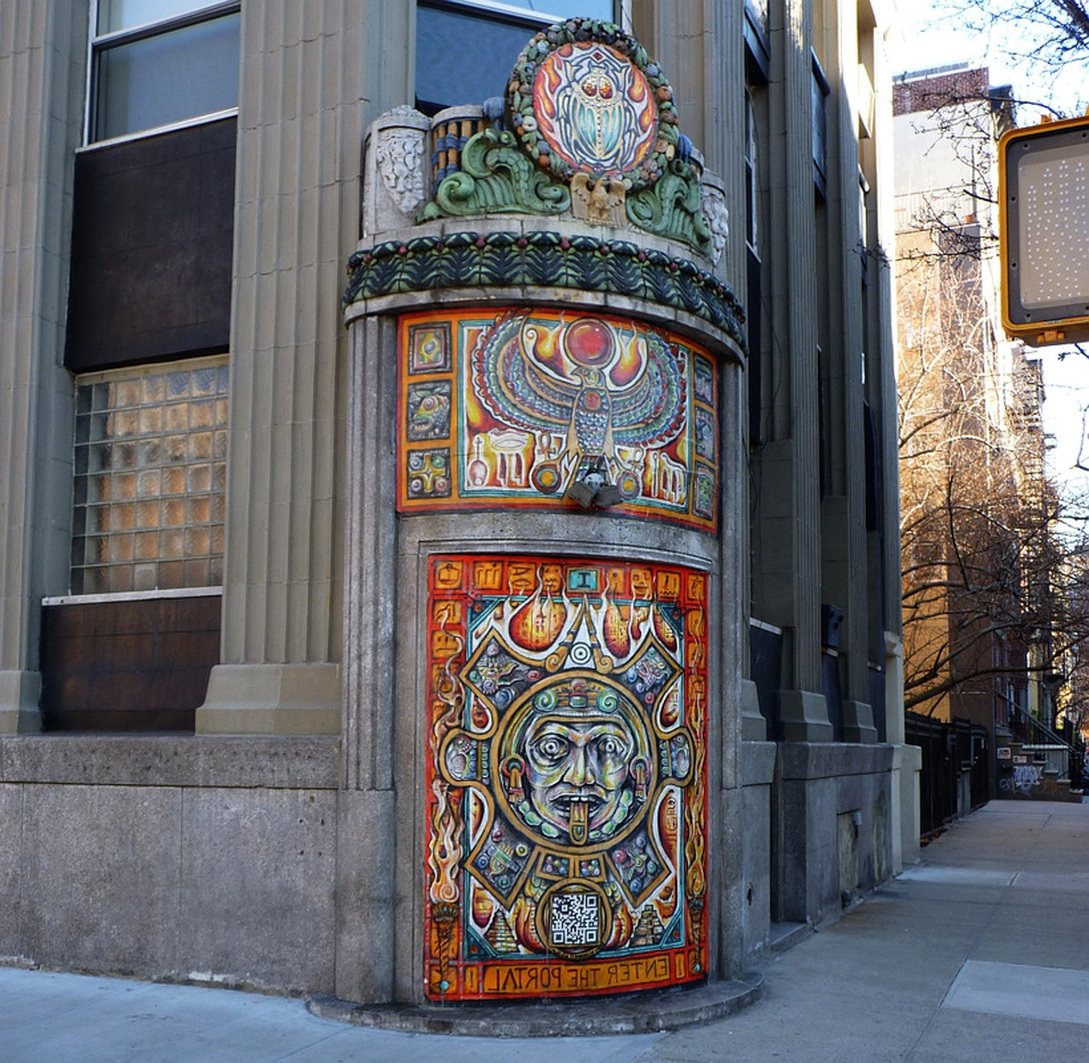 A mysterious painting appears in a familiar vacant doorway in your neighborhood. Vibrant images and cryptic numerology suggest that there may be more to this occurrence than meets the eye. A QR code buried in the art puts you in contact with “The Oracle” who invites you to embark on a vast and winding street art adventure through New York City’s East Village.

The 13 Portals brings a sense of surprise and wonder to every day street life. Curiosity is rewarded by uniting adventurous people in a common search, bringing them on a journey of interactive performances and challenges. Each Saturday a portal appeared in a different abandoned doorway in the form of a painting. Guided by the Oracle’s clues, participants took risks and solved puzzles in order to earn one of sixty-four keys that unlock the secrets of the 13th Portal.

The 13 Portals was conceived and created by artists Nicolina and Pérola Bonfanti in 2013. the experience unfolded with a series of weekly public events over the course of the summer. The secret time and place was announced on the day of each unveiling. 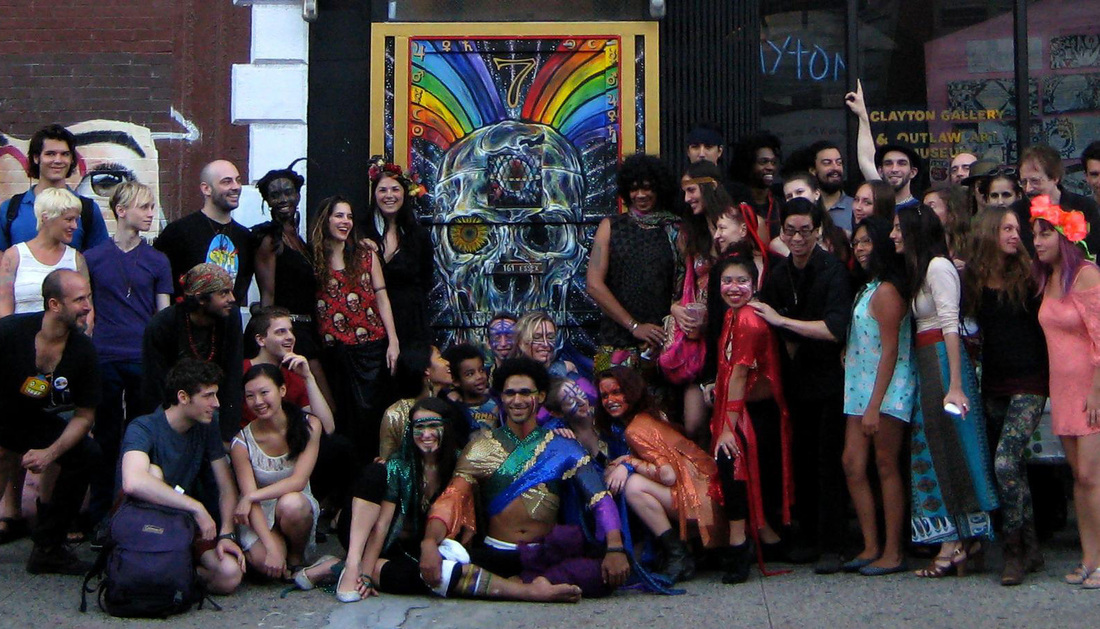 The finder of the "Egg of Life" unveils Portal Four
Those who attended were faced with various challenges like, "The Hunt for the Egg of Life" (Portal 4), "The Fools Game" (Portal 5) and "The Great Balancing Act” (Portal 8). At Portal 7, hosted by Photographer Clayton Patterson, participants were asked to take a photo of "Something that is Beautiful, But Will Not Last." Each portal provided a new challenges and keys, awarded only to the the quickest and cleverest players. Each key consisted of a single line of an epic poem written by Walker Fee, presented in the form of a rolled scroll within a glass vial.

Key Ceremony (Left) "Key" (Right)
Their quest culminates with the opening of the final portal,
Portal 13 opened with a public celebration at the East Village Community Center with live music, visual art and interactive performance. The sixty-four key-holders were pulled from the crowd one by one to confront their rite of passage. Standing in front of the final gate, they uttered the password into the ears of the guardians and stepped inside. An elaborate, immersive art installation, themed on ancient rites of death and rebirth awaited them. What transpired, we cannot tell, as it was a private and personal experience for those key holders alone to know. 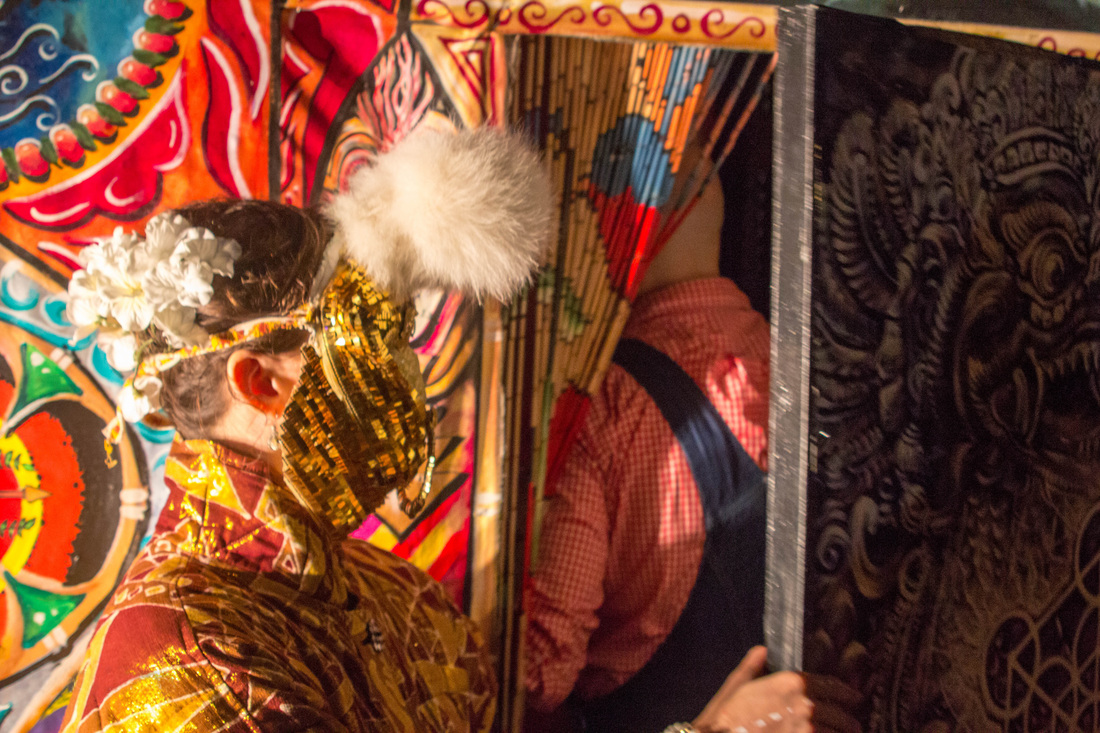 The mission of the 13 Portals was to stimulate and inspire community, awakening a new sense of excitement and wonder for quotidian life in an urban environment. By blurring the lines between spectator and participant and rewarding curiosity and bravery, we invite people to leave inhibitions behind and become part of the living art. 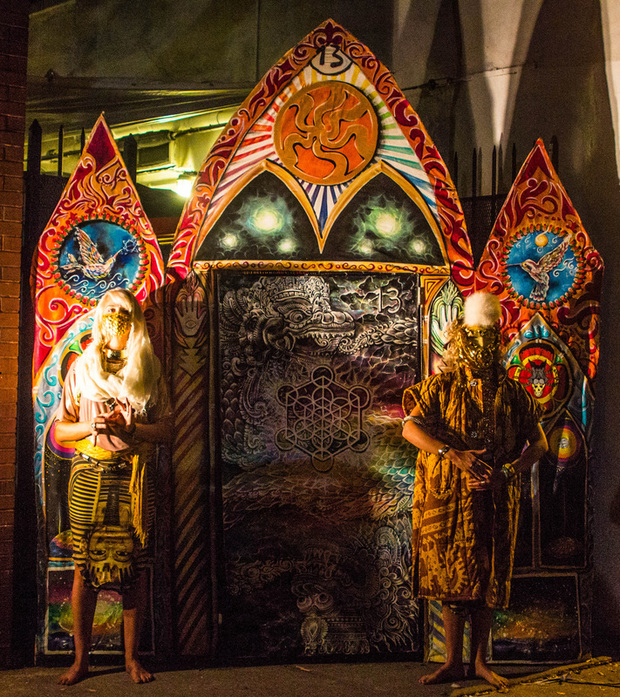 4 ACES is an interactive public art project combining state-of-the art technology and the public space. In the unique setting of the Vienna Hofburg in Austria,  a modern, virtual scavenger hunter takes place, involving "portal" installations  in courtyards and along pathways. The game is controlled by an app specially developed by Ars Electronica Solutions that can be downloaded for free to smartphones. 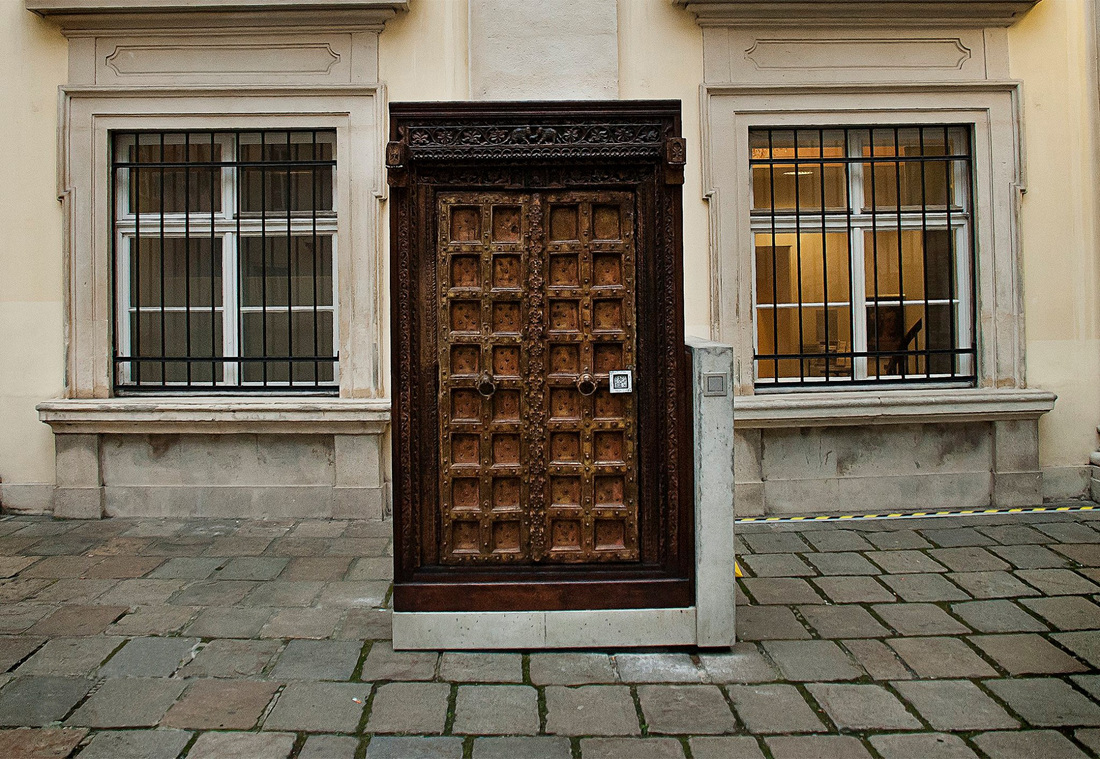 The doors invite curious passersby to scan a QR code and begin their journey through the center of Vienna, discovering clues and solving puzzles to unlock the installations. The game starts from the square on the promenade of the Albertina Museum. As they go, players search for and learn about points of interest and historical sites which leads them to installations at the Museum of Fine Arts, the Spanish Riding School, the Imperial Treasury and the Burghauptmannschaft. Behind each door is a key to the next, until all five are unlocked and all secrets unveiled at the final destination. 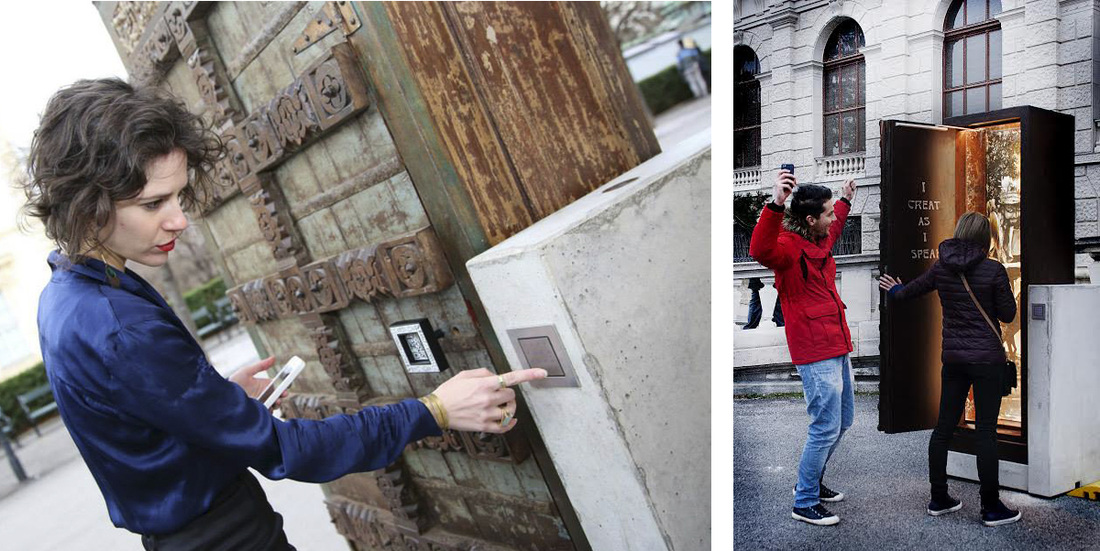 4 ACES is a Collaboration with Pérola Bonfanti, Zel Nonnenberg and Marília Vasconcellos, and supported by the Burghauptmannschaft, the Museum of Fine Arts, the Spanish Riding School, the Imperial Treasury, Ars Electronica Solutions, the Museum Albertina and the Fokus Media House with overall coordination by CC Real.
Powered by